A rhyme that dates back centuries. Today we understand it as a proverb – neglecting the small details of a project can lead to its failure. 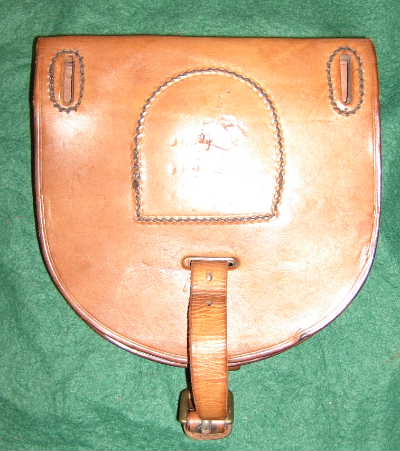 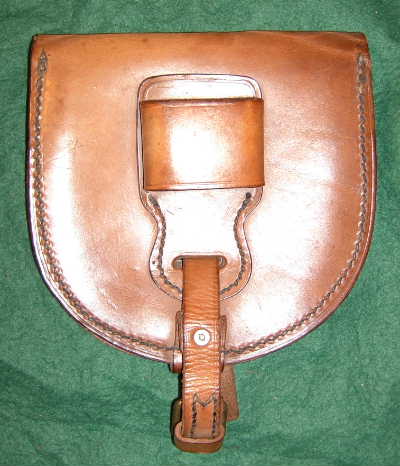 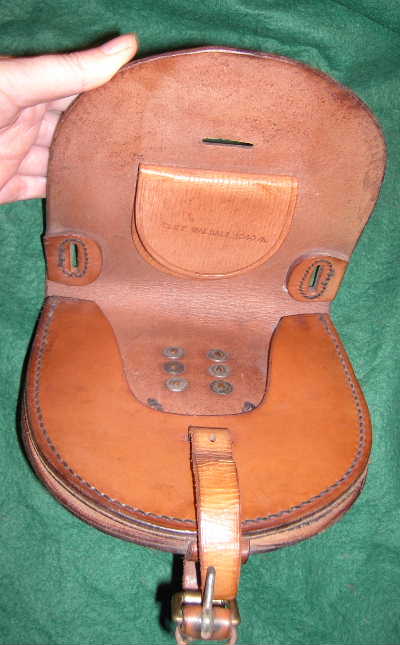 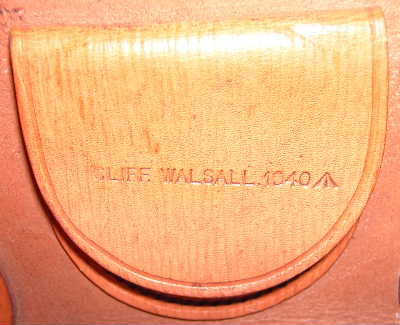 However, in the not-so-distant past the saying could be taken much more literally. The army regularly used horses right up until the end of the second world war. The spare horseshoe case shown on the left was a standard piece of equipment.
It is made of good quality tan leather and it would have been attached to the saddle. On its outside there is a leather loop or sword frog. Inside there is the pocket for the horseshoe and a small section for spare nails.
Neither of these compartments appears to have been used. The small pocket is stamped “Cliff.Walsall 1940″ with an ordnance mark. Under the flap it is stamped again “60″ with another ordnance mark.

I am woefully ignorant about cavalry equipment, there are many people who are very knowledgeable about the subject . The Society of the Military Horse is a good place to find out more.

The regulations governing the design of these cases changed over time. Variations in how the case closed, the presence or absence of the sword frog, how the case attached to the saddle – all these things can tell us about the date of the case. The horseshoe case shown below is an earlier example, probably dating from the beginning of the twentieth century. 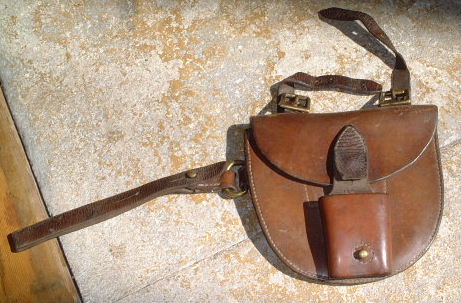 The spare horseshoe case was only one very small piece of equipment carried by mounted troops. Their saddles were specially designed with extensions behind the seat (fans) and in front (burrs) they had many loops and D rings.
I will try to find some images to illustrate this