I’ve spent far too much of today contemplating a spur.
I’ve no idea of its provenance, I bought it at auction with a load of silver plated dinnerware. 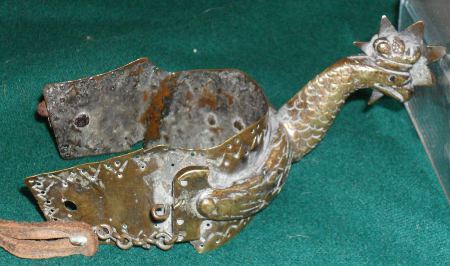 There is a reference to brass spurs with crowned eagle decoration for the pageant in Godfrey Bosvile’s 1908 book on Horses, Horsemen & Stable Management – but this refers to a 16th century spur & I believe that mine is later.

So how does my spur differ from its republican cousin? Well, the crown is a pretty good place to start. There have been many eagles used in military contexts over time. I recently visited Budapest, where I bought some Austro-Hungarian dress spurs that feature an eagle.