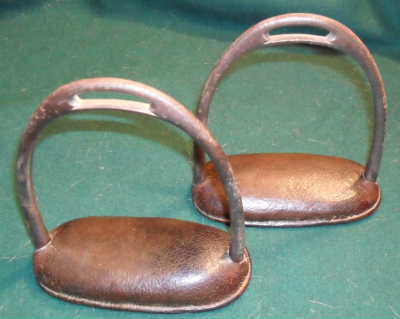 I tend to associate padded stirrups with modern endurance or trail riding saddles. So these were quite a surprising find – a pair of Victorian padded stirrups. The burnished steel construction (well, they would have been burnished at one point, I’m not too enthusiastic with the old burnishing pad, so they’re a little dull) and very fine stitching (around 14 stitches to the inch) suggest that they date from the 19th century.

Unusually, their provenance is known – they came from the Althorp attic & Spencer carriages sale earlier this year. There were quite a few interesting pieces for sale. I was spectacularly outbid on some hunting whips and military tack. I suspect the Althorp & Spencer connections attracted more attention than equestrian antiques would usually get.

Anyway – what were these stirrups doing in the tackroom of a Northamptonshire stately home? Victorian long distance riding ? The estate had its own railway station (Althorp Park) from the mid-19th century until the 1960′s, one could have travelled by train or coach so did not need to travel long distances on horseback. They are finely made, so unlikely to have been for a servant’s use, also I suspect servants’ comfort on long rides was not a priority. 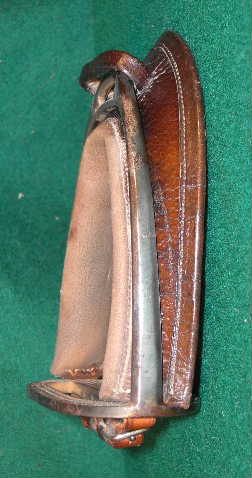 Other stirrups such as the “Victoria stirrup” shown on the right had padding attached to their upper arches. This could have been to protect shoe leather from wear.

Alternatively, it may have been a safety feature to prevent the foot becoming trapped and the rider dragged in the event of a fall. The latter would have been particularly important for the sidesaddle rider.

I had always assumed that the Victoria stirrup was a single stirrup for riding aside – certainly that is how it was sold from Benjamin Latchford’s catalogue of the 1880′s and in Mosemann’s Illustrated Guide for Purchasers of Horse Furnishing Goods from 1893. So, I was rather surprised to find a pair – perhaps for the emancipated woman who still wanted shiny shoes? 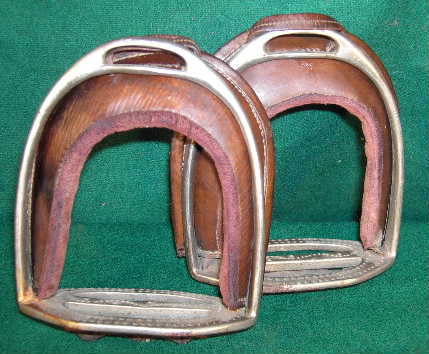