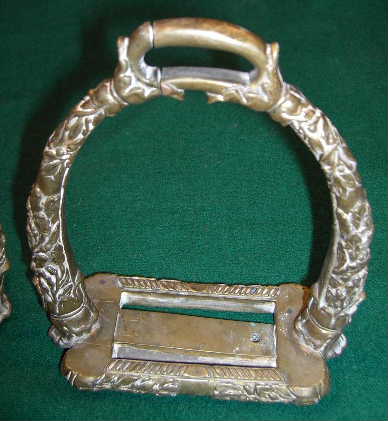 I bought these stirrups in London, they fascinate me. They are made of brass, which was once gilded. Only a little gilding remains, most has been enthusiastically polished away, there are residues of brass polish in just about every crevice of the stirrups. I really should clean them, but there are a lot of crevices. 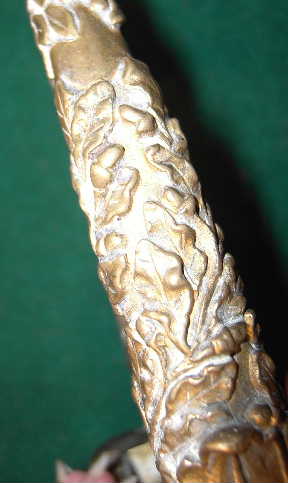 I’m assuming that they are military and British because their decoration is very similar to that on a few pairs of officer’s dress spurs that I have had. I think that the casting shows oak leaves, acorns and olive branches. Or maybe laurel. Oak is supposed to symbolise strength and olive peace. Other military traditions also used oak and olive, so the stirrups may not be British – there are many people who know infinitely more than I do about these things, so I am open to correction. 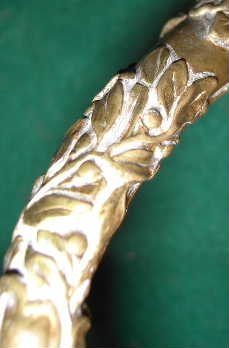 The most remarkable thing about them is that they have a release mechanism, much like a Wheeler’s safety stirrup. Somehow I never associated armies on parade with safety stirrups…. I suppose no one’s above getting dragged.
There are a few more images at www.sportingcollection.com/stirrups/stirrup168/stirrup168.html